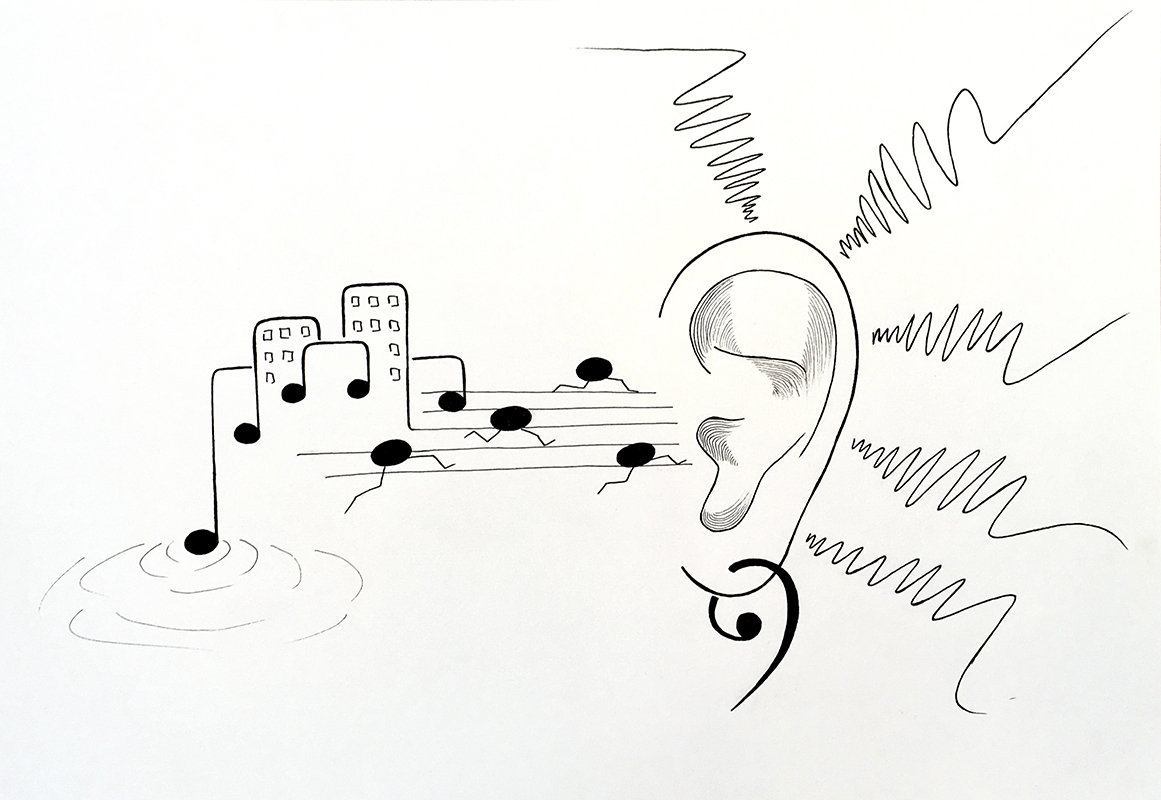 For some reason, my first association to Sound is Noise, and noise is not a good thing. It is not that I dislike sound in general, I love the sound of nature when walking in the forrest, the sound of the waves at the beach, the snow under my boots, and sometimes even the sound of the city. I like listening to music, but for some reason don’t do it that often. Maybe it is something about the sounds that surrounds us everyday, the amount of sounds, and the volume of the sounds. Everything makes sounds, noise, phones ringing and beeping, the washing machine beeping, the traffic light is beeping, the doors in the train beep extremely loud, the cars are noisy, trucks beep when they back up, you can hear the aircon when it is on, fingers tapping on a keyboard, people walking in heels, people talking, people talking louder to overpower all the other sounds, people talking even louder to overpower other people talking. All the sounds flow together, they become one, they become impossible to distinguish from each other, they become impossible to decipher, and impossible to understand, it becomes noise. Because you are exposed to so many sounds all the time, every day, it becomes impossible to hear the silence, when you are far away from from all those sounds, the sounds are still there, as a constant buzzing or ringing in your ears. The sound of silence is undervalued, and hard to find, maybe more exposure to silence would make us more attentive to the sounds we hear, pay more attention, listen better, hear more.

This is my attempt to illustrate Sound, and this weeks contribution to Illustration Friday, in my effort to draw more this year. It seems to also warp into an excessive in creative writing, wonder what next weeks topic will be.